We have made it to the halfway point of the Inaugural DEA Nation Spring Travel Season! We are so proud of the dedication and hard work that your sons & daughters have shown to this point! I am extremely excited as we enter the second half of the season.

The DEA Nation management team were all fortunate enough to see all of our teams compete at their various locations this past weekend. While continued improvement and player development will always be our focus, we were excited with the level of play from our teams this weekend! This exciting level of play led to a season high 3 team championships this weekend! Congrats to 10U Black, 11U Black, & 17U Black for bringing home the Championships!! We also had 3 teams finish in 2nd place in their respective divisions! Overall great job by all teams that competed this weekend! Keep up the hard work and effort!

Our Week 3 Players of the Weekend are:

Darrien Henderson (10U Black) Darrien was nothing short of sensational this weekend in leading his team to the title. Darrien averaged 16ppg including a team high 25 points in the championship game vs Wisconsin Shooters. His "lights out" shooting from 3 point land LITERALLY led to a power outage in the gym! Great Job Darrien! Keep up the hard work!

Max Maiorano (11U Black) Max was the driving force behind his teams success this weekend. He averaged 11ppg and was sensational from 3pt land(3 per game) "Max's raining threes, energetic defense, and patented "shimmy" free throws helped 11U clinch the championship game". Excellent job Max! Keep it up!

Ben Versulys (17U Black) Ben was the leader on both ends of the floor for his team this past weekend. Ben averaged 10 ppg and was the teams leading rebounder( 6pg). His ability to defend around the basket was key for his teams championship success. Ben had a game saving block in the semi final game to send his team to the championship game. Overall, Ben was the sure pick for MVP of the weekend for his team. Great job Ben!! 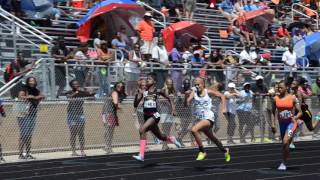